We are pleased to announce that Mayor Marianne Meed Ward of the City of Burlington will be the next guest speaker on TheSmartCity.Blog podcast on April 21st, 2021, and will discuss what her formula is for making the City of Burlington the best, how she prioritizes when developing the city’s infrastructure, and the role smart city technology plays.

Mayor Marianne Meed Ward was elected as the 29th mayor of Burlington, Ontario in October of 2018. She is also the second woman to hold that position in Burlington’s history.

She is working hand-in-hand with Burlington’s city council, leadership team, staff and community partners to help our city grow and thrive in these extraordinary times.

Though the COVID-19 pandemic has created additional focus areas for the Mayor and Council to keep our community safe and healthy, Mayor Meed Ward remains committed to the platform she was elected on: creating an environment of respectful debate and open dialogue with the community and at City Hall, supporting reasonable growth in the places and scale that make sense for our community’s vision, making it easier to do business and grow here in Burlington, and making decisions that support inclusivity, fiscal responsibility, and our environment. 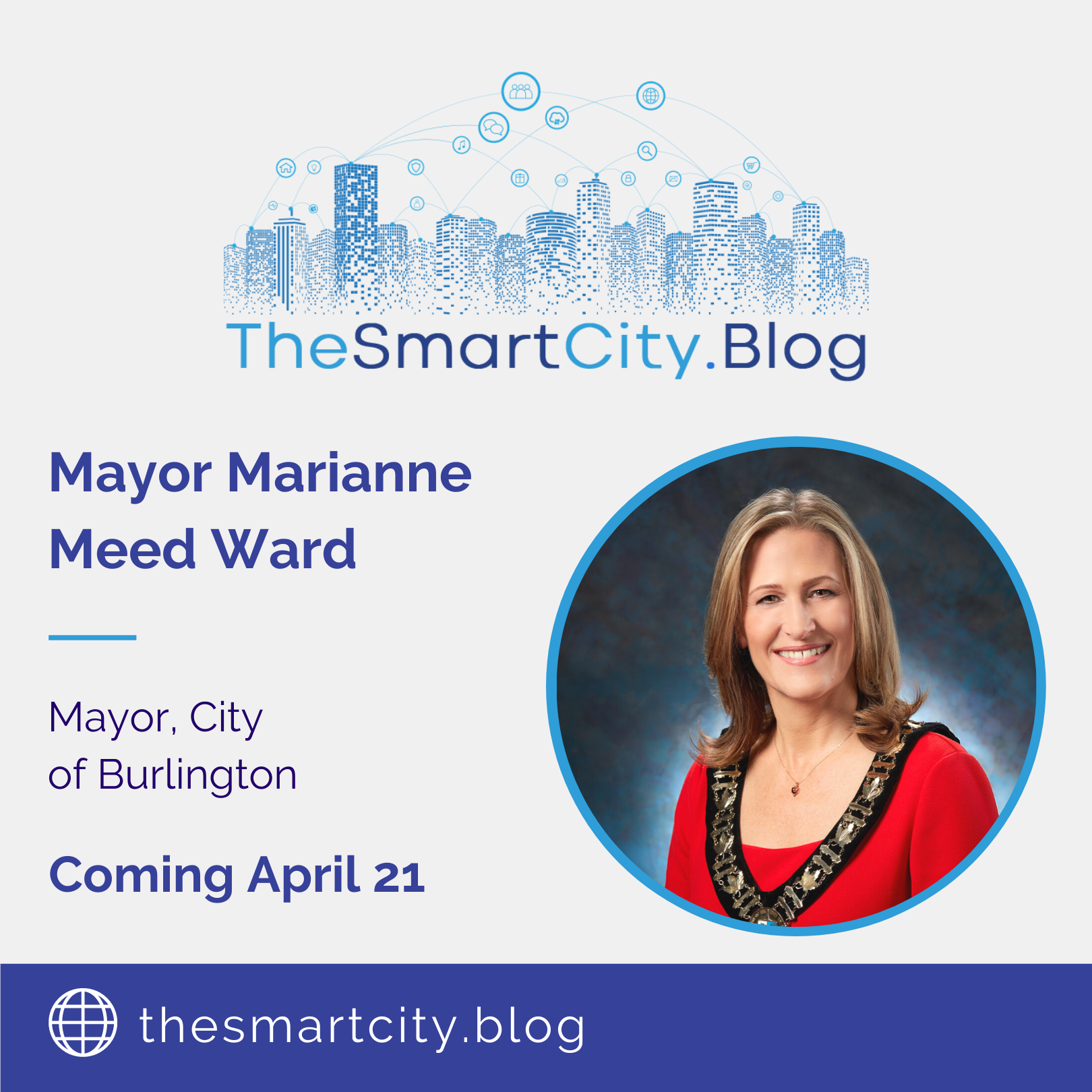 Join Mayor Marianne Meed Ward and Co-Hosts Alan Cross & Grant Furlane as they discuss Mayor Meed Ward’s formula for achieving the best city and why it was declared one of the best cities to live in, in 2019 on April 21st, 2021, at TheSmartCity.Blog!

TheSmartCity.Blog Podcast’s Next Guest is Layal Gedeon, Head of Sales...
Scroll to top