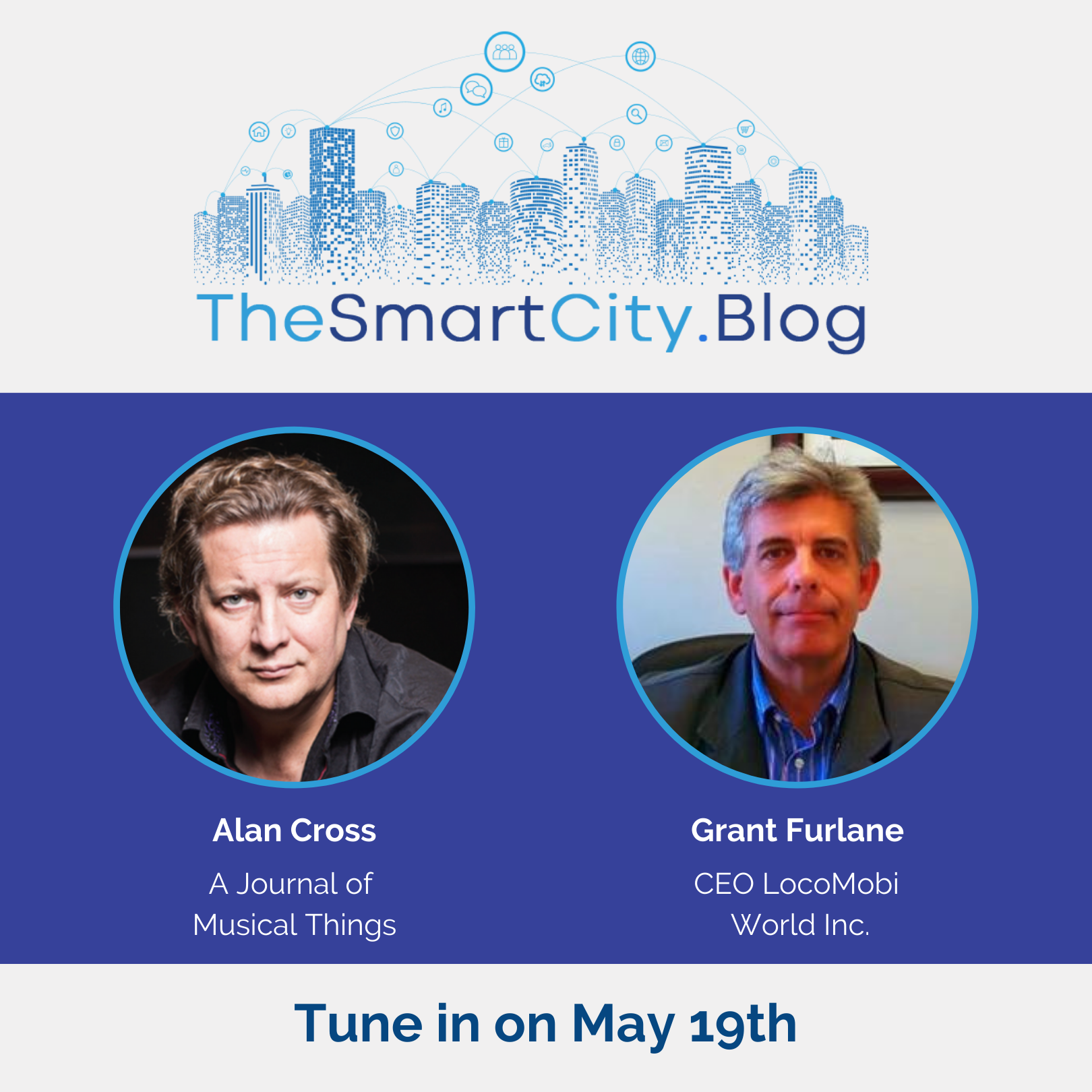 Co-hosts Alan Cross of a Journal of Musical Things and Grant Furlane, CEO, LocoMobi World will discuss how COVID has affected us all and how technology will help us get back to normal on TheSmartCity.Blog Podcast on May 19th, 2021.

Join Co-Hosts Alan Cross & Grant Furlane on May 19th, 2021, as they discuss where smart city technology is 18 months after the pandemic hit at TheSmartCity.Blog!