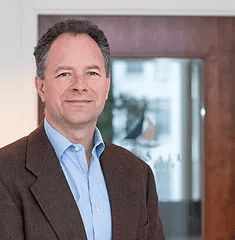 Ian is co-founder and Managing Director of WindSail Capital Group, which was founded in 2011. WindSail is an investment firm that provides growth capital to companies focused on energy innovation and sustainability, including smart cities. Ian brings over 25 years of experience in the energy and environmental sectors. Prior to WindSail, he served as Massachusetts Secretary of Energy and Environmental Affairs, where he oversaw a landmark restructuring of utility and environmental regulation which included making MA a top ranked state in energy efficiency, renewable energy and greenhouse gas emissions reductions. He was also chairman of the MA Water Resources Authority and the founding chairman of the MA Clean Energy Center. Earlier in his career, he served on the National Security Council staff of President Bill Clinton and was a Vice President at Conservation International where he played a key role in creation of the four million acre Central Suriname Nature Reserve.

Ian is a board member at the New England Clean Energy Council, Longroad Energy, RGS Energy and the Museum of Science. He is an advisor to several other leading clean energy companies. Ian received his A.B. from Harvard College and a Masters degree from Oxford University.

How Parking Facilities Will Transform into Transportation Hubs

Pollution and Crowding Reduced without Friction

The Work Force of the Future