LocoMobi World Inc. is a Smart City technology company specializing in parking, tolling, transit, storage, asset tracking and threat management solutions. We customize an infinite number of possibilities, which are tailored to your specific Smart City needs. We integrate with a wide range of systems, with both equipment and patent pending software to ensure the perfect fit for your business model.

LocoMobi’s unique manufacturing capabilities allow for us to provide diverse and innovative enterprise hardware and cloud-based software offerings for the parking, tolling, transit, storage, asset tracking and threat management sectors at incredibly low costs to our clients. By focusing on multiple synergistic industry sectors at the same time, LocoMobi is able to better execute its vision of creating fully connected cities worldwide. 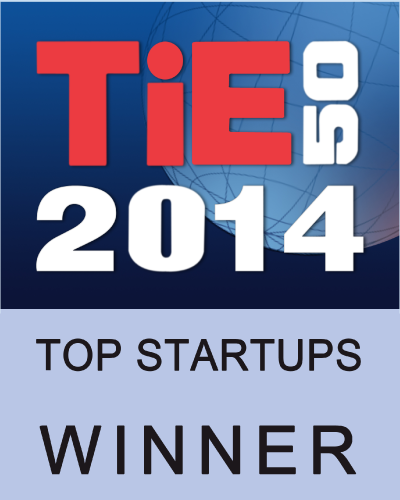 Mr. Furlane has over 35 years of technology experience specializing in the Transportation, Network Security, and Parking industries. Mr. Furlane has invested in business ventures in Hong Kong, Taipei, Seoul, and Shanghai starting in 1989. He has been involved in over 500 million dollars in technology investments and was contracted to lead the initiatives of several large, public IT companies. Mr. Furlane aggressively built three transportation technology companies that established the vanguard for tracking and monitoring vehicle movement. His companies developed and sold integrated control systems for major airports, hospitals, and parking lot management companies.

The first supplier to be President of the Canadian Parking Association.

Served as Co-Chairman of the first World Symposium on Intelligent Transportation Systems, an international symposium attended by delegates representing 50 countries.

Built a major Public Telecom company and sold it to Sprint Canada.

Served as intern Vice-Chairman for Advanced Gravis (one of largest technology success stories in Canada, which invented soundboard, mouse, etc.).

Served as Chairman to the Neurological Hospitals Centers for Ability, and the Board of Governors of Ontario Junior A Hockey, and continues to have investments in the Entertainment and Sports industries.

Michael is co-founder and Managing Director of WindSail Capital Group, which was founded in 2011.  WindSail is an investment firm that provides growth capital to companies focused on energy innovation and sustainability, including smart cities. Michael has over 20 years of experience in private equity investing, structured finance and corporate finance. Prior to founding WindSail, Michael spent over a decade as a private equity professional, most recently as a Managing Director of GB Merchant Partners, a division of Gordon Brothers Group. Previously, Michael served as a Principal at Palladin Capital Group, a New York based middle market private equity firm. Prior to joining Palladin, Michael was a member of the Leveraged Finance/Merchant Banking Division of CIBC World Markets.

Michael received a B.S. from Georgetown University and an MBA from New York University’s Stern School of Business. He currently sits on the board of Coaching4Change.

Ian is co-founder and Managing Director of WindSail Capital Group, which was founded in 2011.  WindSail is an investment firm that provides growth capital to companies focused on energy innovation and sustainability, including smart cities. Ian brings over 25 years of experience in the energy and environmental sectors. Prior to WindSail, he served as Massachusetts Secretary of Energy and Environmental Affairs, where he oversaw a landmark restructuring of utility and environmental regulation which included making MA a top ranked state in energy efficiency, renewable energy and greenhouse gas emissions reductions. He was also chairman of the MA Water Resources Authority and the founding chairman of the MA Clean Energy Center. Earlier in his career, he served on the National Security Council staff of President Bill Clinton and was a Vice President at Conservation International where he played a key role in creation of the four million acre Central Suriname Nature Reserve.

Ian is a board member at the New England Clean Energy Council, Longroad Energy, RGS Energy and the Museum of Science. He is an advisor to several other leading clean energy companies. Ian received his A.B. from Harvard College and a Masters degree from Oxford University.

Brian Storrie joined LocoMobi World Inc. in 2020 and brings over 23 years of technology development and manufacturing experience in the life-safety and security industries where he specialized in hardware, SaaS, cloud, app, and other integrated software solutions. Brian comes to LocoMobi World from dormakaba where he served as the Assistant Vice President of product management for electronics, access and data. Prior to that, he was the Canadian Marketing Leader for Honeywell Security & Fire and Sr. Global Production Manager for Tyco, where he pioneered the production and commercialization of interactive IoT services across the security industry globally. Brian has been recognized throughout his career for outstanding leadership, market savvy tactics, innovative solutions, exceptional customer service, and for providing operational excellence. He has a proven track record of profitable organic growth. He is also a former board member of Secure Schools Alliance.

Brian is a happily married proud father of three and a dedicated self-proclaimed “workaholic family man”. He has his associate’s degree in electronics engineering for RCC Institute of Technology, is skilled in Lean manufacturing, is pragmatic marketing certified and has his DFSS six sigma green belt. In his spare time, he is an avid reader and enjoys quality time with his family.

Ms. Silva holds a bachelor’s degree in business administration with a major in accounting from the University of the East (Philippines), is a Chartered Professional Accountant in Ontario, and has a Certified Public Accountant Certificate from the State of Illinois.

Outside of work, Ms. Silva is a volunteer with the Community Volunteer Income Tax Program (CVITP) that offers free income tax preparation to the community. She also loves to play volleyball and hike with her husband.

Daniel has been with LocoMobi World Inc. since inception. He has an established record of bringing concepts to life in the software world. Daniel was the Director of the project management office for Amaya Software. Amaya built the platform for PokerStars, the world’s largest online gaming site boasting over a million logins and hundreds of thousands of transactions per day. Daniel has worked at various payment gateways and other innovative internet companies, bringing his visions to life. In his personal life, Daniel loves travel photography which he shares online.

Jordan has been with LocoMobi World Inc. since inception, and manages LocoMobi World’s sales and marketing, as well as the day-to-day operations. Mr. Furlane is a university graduate and former NCAA ice hockey player at Fitchburg State in Massachusetts. While at school, he majored in business management, and was the recipient of several accolades and awards including the President’s Scholar Award, the Christopher Hughes Memorial Award for the most outstanding Business Management student, and was inducted into the National College Athlete Honor Society for outstanding athletic and academic achievement.

Outside of the office, Jordan has been a contributor to the Halton Down Syndrome Association and has worked at several charity events for their cause. He also loves travelling and enjoys playing hockey and golf in his spare time.

THE FUTURE IS BRIGHT.

The LocoMobi playbook is working. As a team we are executing well and continually creating new business opportunities to strengthen our company and protect our investors by investing in new technologies such as artificial intelligence and machine learning that will help ensure long-term success. Over the next few years, the global landscape will continue to change rapidly. With change LocoMobi has the opportunity to lead, develop and strengthen our competitive edge. Our technologies have allowed us to service multiple industries or pivot from one market segment to another rapidly. That is why we will continue to make change our best friend, execute our playbook and remain focused on protecting our investors by continuing to adapting a powerful suite of hardware and software that can easily adapt to market trends and is fully integrated within the cloud. Our flexible, robust products and services are tailored to Smart City infrastructure which includes, but is not limited to, parking, tolling, security, transit, smart buildings and overall sustainability.

Scroll to top
We use cookies to ensure that we give you the best experience on our website. If you continue to use this site we will assume that you are happy with it.Ok